The PlayStation Event has shown us a great indicator on what to expect in the next generation of gaming.

The PS4 console is set to release Holiday 2013 and is built specifically for developers and gamers; this includes allowing developers to develop whatever they please on a blank canvas and with ease. This also means the gamers benefit as the PlayStation 4 will have the advantage of becoming the lead console for development teams for multi-platform games.

The PS4 has been described as a ‘developer’s dream’ as it has great processing power, graphical power and memory. The PS4 boasts 8GB GDDR5 memory, X86 architecture, supercharged CPU, enhanced PC GPU and a local hard drive. Which sounds like an absolute beast!

The PS4 also showed off its social support via Netflix, Amazon Instant, PS+ and Facebook. 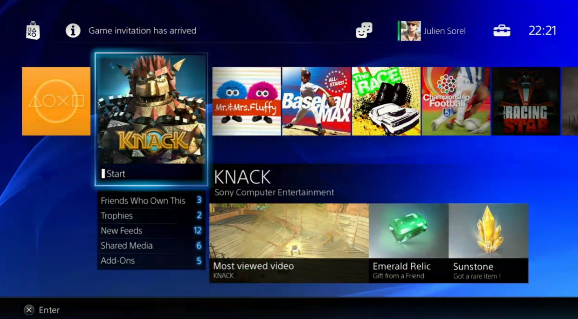 Along with the console the latest controller was also shown off – the Dual Shock 4. This controller is wireless (most likely via Bluetooth) has a touch-pad as indicated by previous leaks and has a new share button! This share button is used to take photos and videos of games whenever you please and share it on social networks such as Facebook.

The Dual Shock 4 is pictured below: 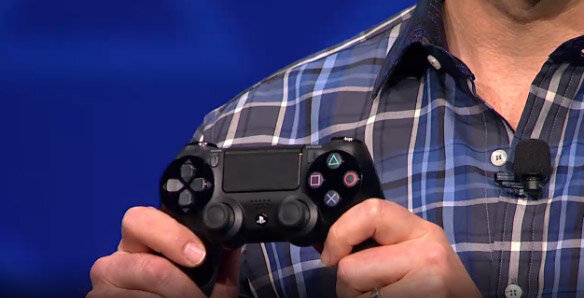 As you can see there is also a light sensor at the top used with a camera peripheral which is used to recognise the player (like the PS-Move controller).

Many games were also announced for the console such as: